Corona Positive For Dawood Ibrahim And His Wife

Andre Russell, who last played an ODI in July 2018, has been named in West Indies 15-man preliminary squad for the 2019 World Cup. Russell, 30, has been in hitting form in the ongoing Indian Premier League, with 392 runs in nine matches at a strike-rate of 218. 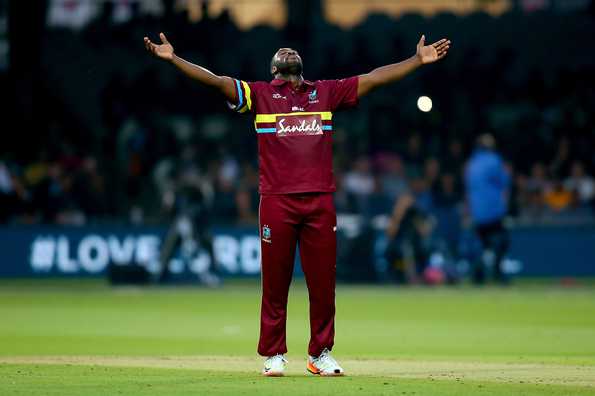 The Cricket Board of India has nominated their cricketers for the country's top sports awards. Rohit Sharma nominated for Rajiv Khel Ratna the highest...
Read more
Sports

Gold Medal recipient Balbir Singh (96), a prominent hockey player known as Goal Machine has passed away. He had been suffering from various illnesses...
Read more
Sports

Sachin Tendulkar, who is batting god of India. It will be a lifetime celebration for any bowler who took his wicket. At any stage...
Read more
Sports

Sri Lanka Board Requests BCCI Not To Cancel Series

Sri Lanka Cricket Board has requested the Board of Control for Cricket in India (BCCI) to play ODI and T20 series in June-July as...
Read more
Sports

The Supreme Court upheld the central government-issued directive that private owners pay a full salary to their employees as...
Read more
Political News

Chinese Airlines Not Allowed To Enter US

Another Installment Of Money Deposited Into Jan Dhan Accounts

Chiranjeevi in RRR Movie: We all know star heroes Ram Charan and NTR are working for the movie RRR. Now...
Read more

Heroine Nidhi Agarwal has an unexpectedly bitter experience. It is also while in front of stage with the media...
Read more

The Supreme Court upheld the central government-issued directive that private owners pay a full salary to their employees as...
Read more

Keeping in mind the fiscal pressure arising due to Coronavirus Crisis, the government has decided not to launch any...
Read more